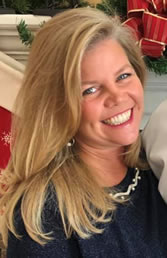 Prior to 2016, Children’s Hospital of Atlanta (CHOA) had a process in place for pre-screening patients who needed sedation for magnetic-resonance imaging (MRI) which had schedulers ask a series of questions to parents.  Due to the scheduler’s non-clinical background, extensive rescheduling of patients occurred.  Data was then collected in search of developing a more efficient approach such that if patients were “pre-screened,” there would be a reduction in rescheduling.  We began this process with one full time registered nurse (RN) calling each patient and asking specific screening questions at each of our four locations.

The issue identified was that we could not call more than three days ahead of patients’ scheduled sedation slots due to staffing issues. The volume of patients (CHOA sedated almost 8,000 children in 2018 between the four campuses), and the amount of screening questions.   This resulted in some patients still being rescheduled after waiting four to five weeks for their appointment.

In September 2018, CHOA initiated a primary pre-screening program consisting of an initial chart review, which has been instituted using an experienced RN in sedation.  The RN performs this chart review prior to the patient being scheduled, and this review identifies if the patient is a sedation, general anesthesia (GA), non-sedate, or “try without” candidate.

The chart review also helps to determine to which of the four campuses in the CHOA system a patient should be referred.  If there is anything missing from the chart that is pertinent to making a decision, the RN will call the family.  During the chart review process, the screening RN can also contact a CHOA sedation physician for additional review regarding sedation versus GA with a turn-around time of 24 hours.

Once a patient has been cleared for either sedation or GA, the schedulers then place them in the appropriate slot.  A few days prior to their scheduled appointment, an experienced sedation RN conducts a secondary screening during a reminder call to the parent.  This secondary screening consists of asking if there are any changes in medical history or recent illnesses as well as reviewing arrival and NPO times.

Within just two months of introducing the primary pre-screening chart review, 708 charts were reviewed, and we significantly lowered patient reschedule rates by evaluating risk factors prior to scheduling.  Beginning in January 2019, CHOA rolled out the primary screening process to all sedation areas.  CHOA originally started the pilot screening program by reviewing all MRI orders for children age nine years and under, but we found that the successful “try without” rate in patients who had been scheduled for procedural sedation was still significantly high.

The screening and scheduling program was adjusted such that now any child eight years and older is expected to try to obtain imaging without sedation, unless the child has developmental delays.  CHOA now screens all children seven years and under for all MRI orders prior to patient scheduling.   If an older child requires sedation, the schedulers will notify the pre-screener prior to scheduling.  Since implementation of the primary pre-screening process, CHOA has had approximately 3200 patients pre-screened appropriately prior to being scheduled with 420 referrals to GA.  This process has prevented delays in care for these patients and has created a better patient and family experience.

Beginning in mid June 2019, CHOA has started a new process of having an MRI Tech review the actual MRI order prior to the patient being pre-screened and scheduled.  Overall, the hope is to not have any delays due to improper ordering or improper screening that result in reschedules and cancellations.

Christy Cory received her BSN from University of Florida and is also a Certified Pediatric Nurse.  She has worked for CHOA for over 20 years with CICU background and has been with Sedation Services in Radiology for over 15 years.  She is currently a primary pre-screener for the sedation service at CHOA and has helped implement the current process.