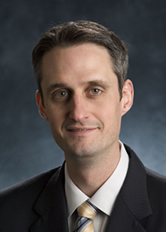 In the summer of 2015 a group of past, present, and future SPS leaders met in Atlanta for a pivotal meeting regarding the future direction of the Society.  This meeting was championed by the immediate past president, Trish Scherrer.  The goal of the meeting was to build on the progress from the first ten years as a Society by clearly defining our goals for the future.  One of the important themes of this meeting was succession planning.  Succession planning is perhaps one of the most vital functions of any organization and in a healthy organization leaders are always preparing their replacement.  This is the natural cycle and we all benefit from the fresh ideas and energy that new leadership can bring.  With that in mind I would like to recognize a few of the transitions taking place at the upcoming Annual Conference in Atlanta.

First and foremost, Sue Kost, MD will be transitioning into the role of President.  With decades of leadership in pediatric emergency medicine and a former president of the medical staff at Nemours/ Alfred I. duPont Hospital for Children, Sue was a natural choice for the position.  In her role as President-Elect, she has done an outstanding job taking on the Membership & Communications Committee. This is perhaps the least glamorous of the committees but it is the most important as membership is the engine that powers all the amazing work that the Society accomplishes.  As Sue transitions into the presidency, we are excited to announce that Pradip Kamat, MD has agreed to continue the great work Sue has done in her tenure as chair of Membership & Communications.

Another important outcome of the planning session was the establishment of an Education Committee which would oversee the work of conference planning, the SPS Sedation Provider Course and online CME. Anne Stormorken, MD, previously the conference planning chair, became the inaugural chair of this important new committee.  In her role she has partnered with the subcommittee chairs to elevate these programs to new heights.  Anne has been nominated to fill the incoming President-Elect position but she will retain her role as Education Chair until she transitions into the role of President in 2020.

Joseph Cravero, MD has led the Society in many ways over the years.  Since inception he has led the Research Committee and the Pediatric Sedation Research Consortium (PSRC).  The work of this committee has produced the comprehensive body of literature describing the practice of pediatric procedural sedation.  He has also mentored innumerable friends and colleagues in this role over the years.  Over the last several years Joe has partnered with Daniel Tsze, MD to expand the PSRC to include a mechanism to collect prospective multi-site data.  This first project, looking specifically at intranasal sedation, is set to launch soon.  Dan is also an accomplished academic pediatric emergency medicine physician at New York – Presbyterian Morgan Stanley Children’s Hospital.  He will be transitioning into the role of chair for the Research Committee and I am excited about the new ideas and energy he will bring to the committee.

The Quality and Safety Committee has been especially busy this last year.  There is more work coming out of this committee than can be described in one issue of the newsletter.  However, I would like to point out that we are set to debut the Sedation Center of Excellence Awards at the conference in Atlanta.  This is the product of countless hours of work by a broad range of the membership.  However, the bulk of this work has happened under the leadership or Cheri Landers, MD and we are happy to have her continue in this role for another term.

Lorie Reilly, MSN, CRNP, CPNP leads our Nursing Committee.  Under her leadership she has forged an important new relationship with the Association for Radiologic & Imaging Nursing (ARIN).  We have substantial areas of overlap within each Society and thanks to Lorie and others, we now have opportunities to share resources across the two societies.  Lorie has also been instrumental in taking the online educational activities prepared for CME credit and adding nursing contact hours.  We are all thankful for the leadership that Lorie has shown in her role as chair of this important committee.

Lastly, I will be transitioning out of my role as President.  I am grateful for all the leaders who came before me and all the amazing friends and colleagues I have had the chance to work with over the years.  My hope is that over the last two years we were able to build on the successes of those who proceeded us.  As the natural cycle of succession unfolds, I look forward to what lies ahead with our new leaders as we continue to strive to be the international multidisciplinary leader in the advancement of pediatric sedation.